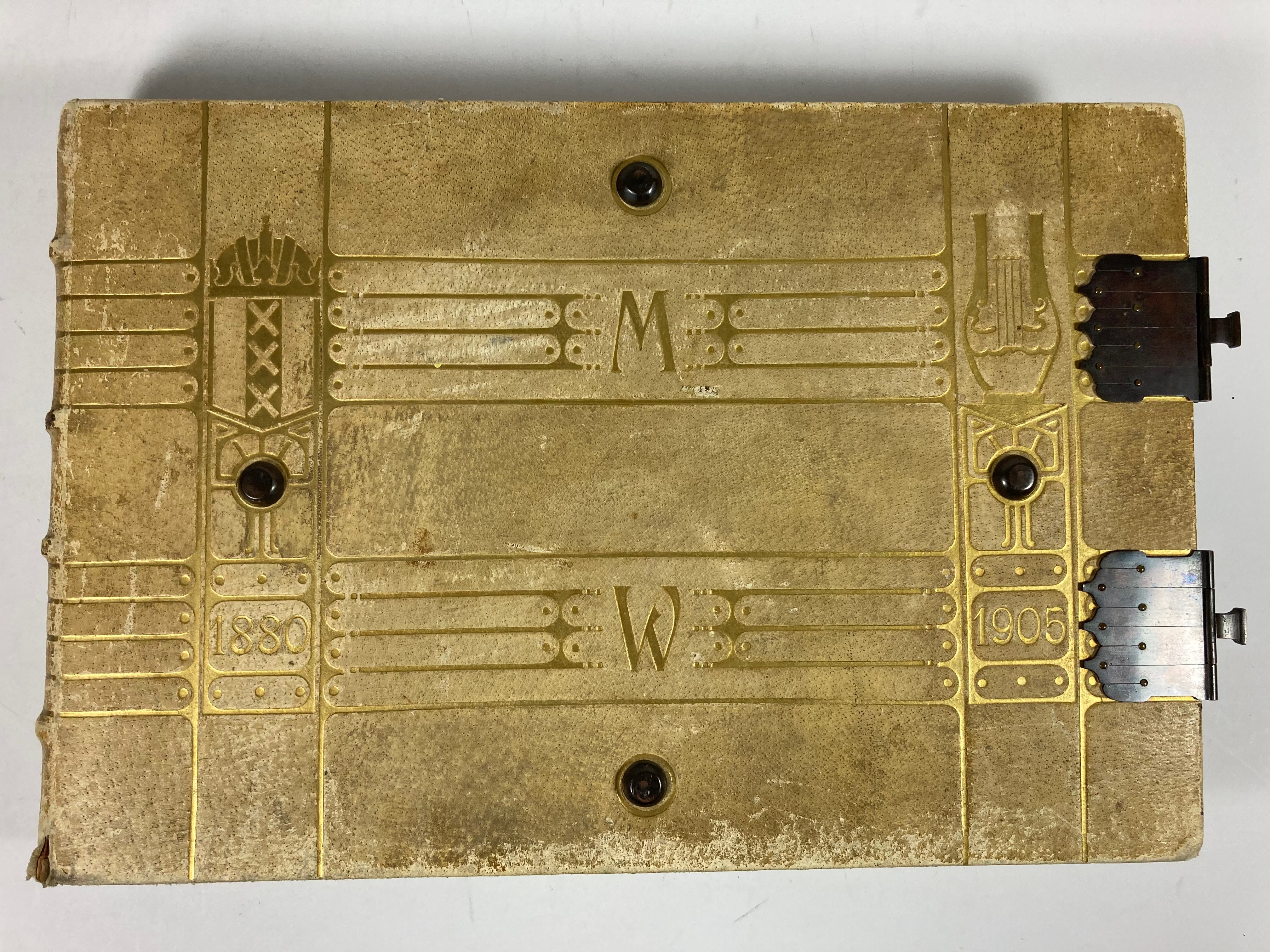 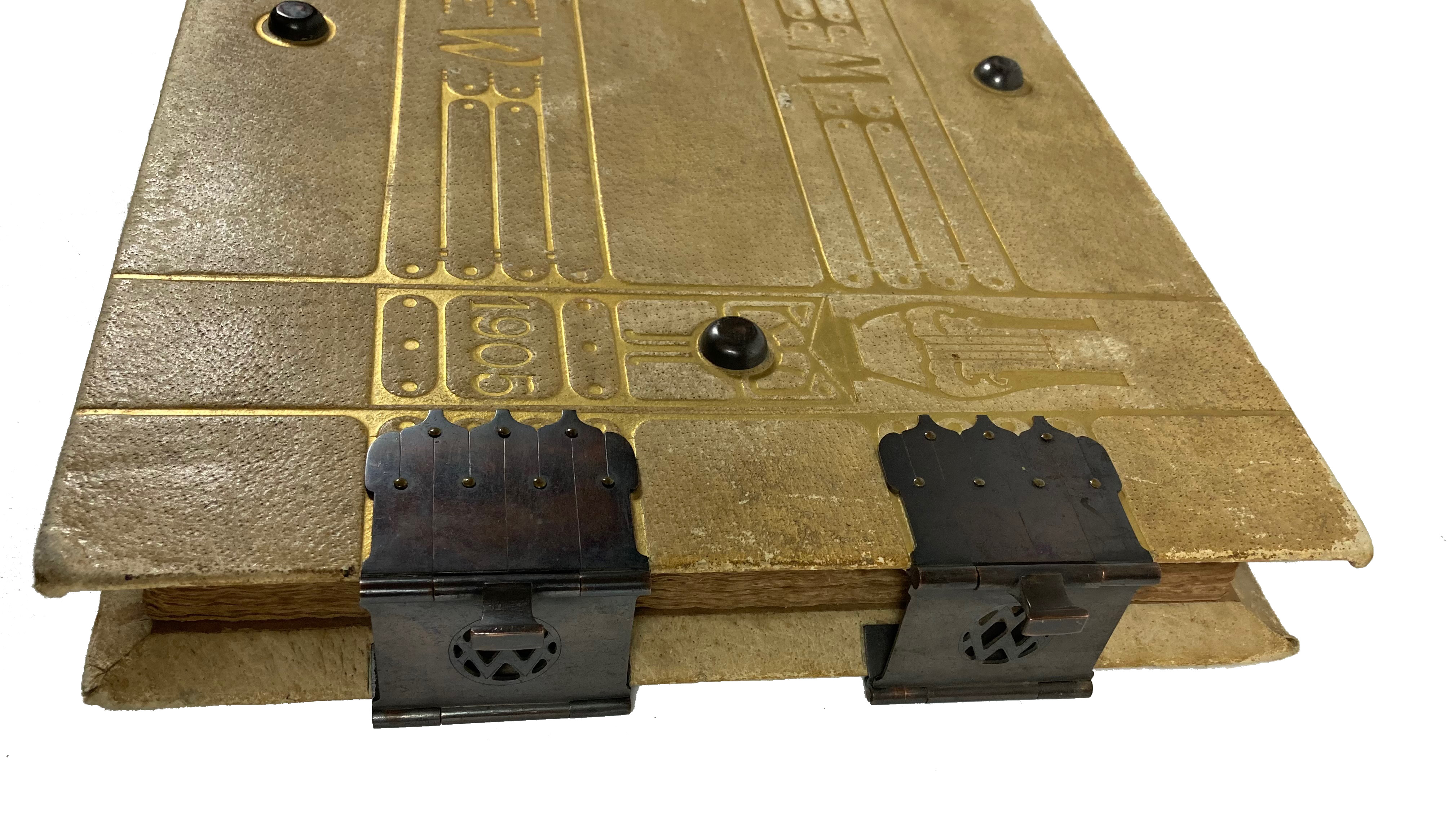 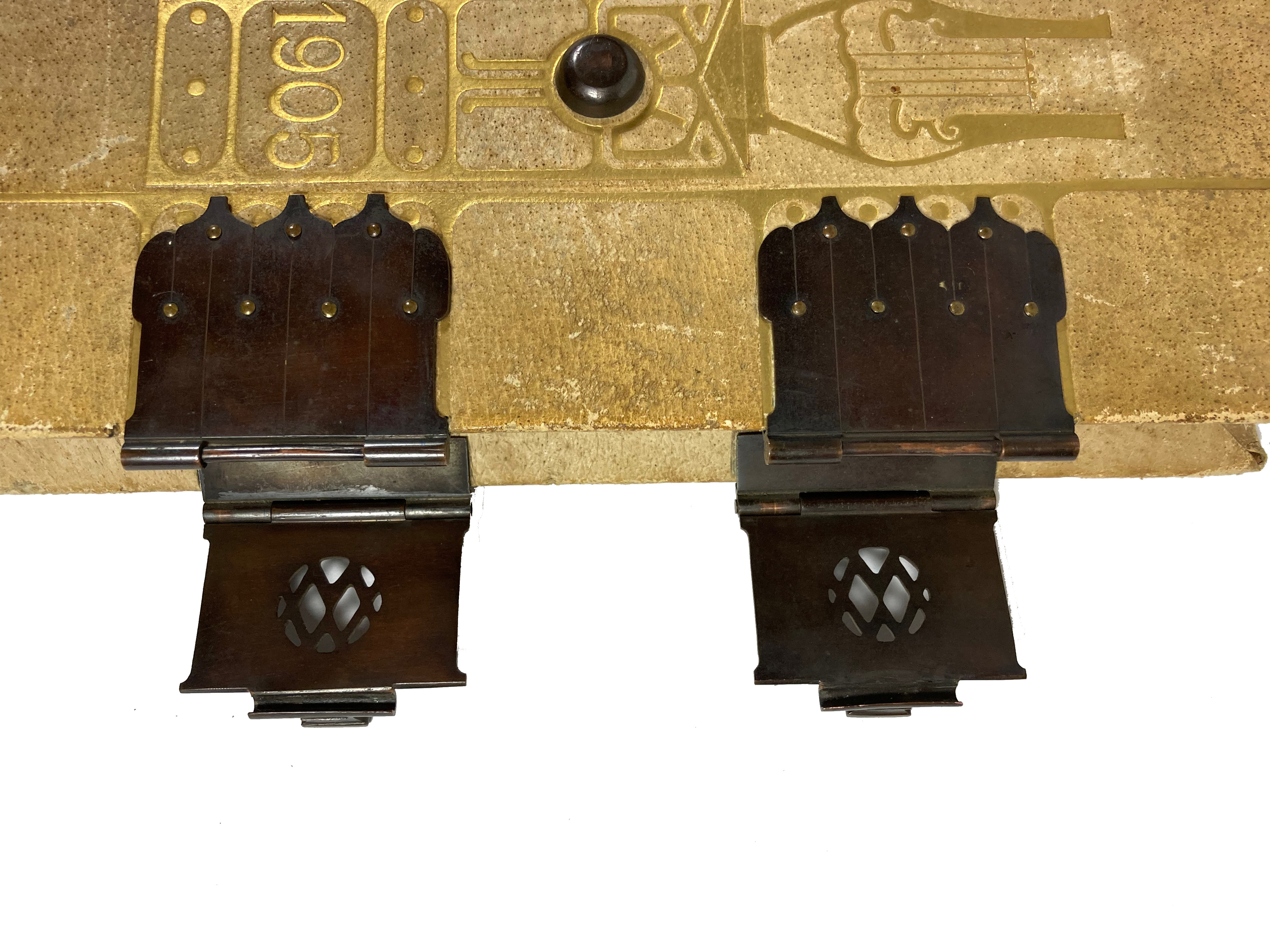 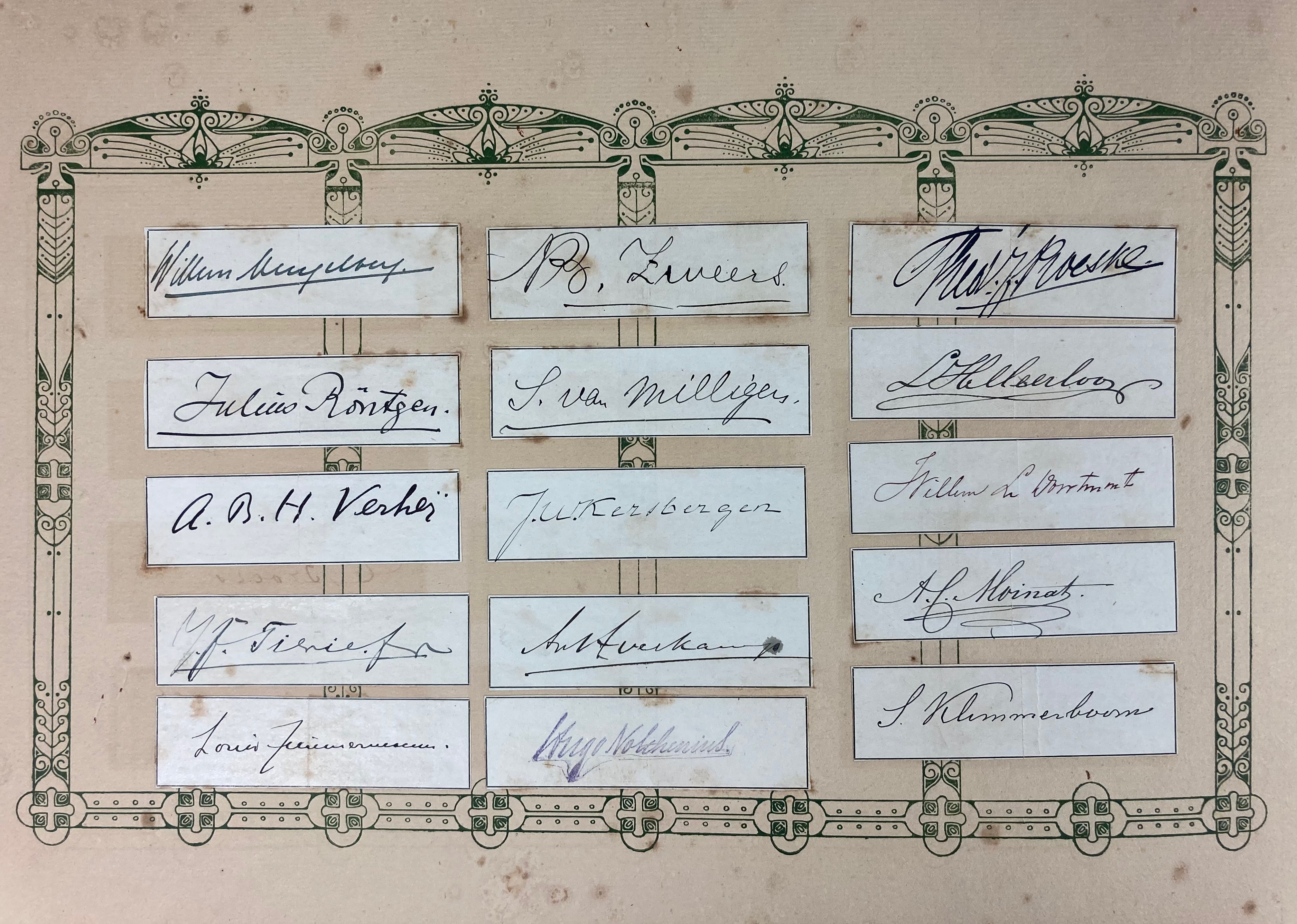 Sumptous jubilee album executed in art nouveau style by an anonymous binder (R.W.P. de Vries?, Theo Molkenboer?), presented to violinist and concertmaster Martinus Wolters (1864-1938). With signatures by Willem Mengelberg, Julius Röntgen, Alphons Diepenbrock, Bernard Zweers, but also by the major and aldermen of Amsterdam, and many music friends from orchestras and choirs. The album was augmented in 1920 (by Wolters himself?) on the occasion of his 40th jubilee with extra signatures which were tipped in on the v° sides of a large number of leaves. Wolters was born into the family of a bookbinder, bookseller and also bailiff and was expected to follow in his father's footsteps. But despite this wishes he first received piano lessons from Gerrit Klimmerboom in Rhenen and played the church organ just as easily. He then took violin lessons from Johannes Meinardus Coenen. In 1880 he was able to work as a second violinist in the orchestra of the Paleis voor Volksvlijt and from 1883 to 1886 he was part of the orchestra Felix Meritis. In 1884 he also joined the Wedemeijer Orchestra. In 1902 he organized a number of Sunday morning concerts in the Vondelpark.