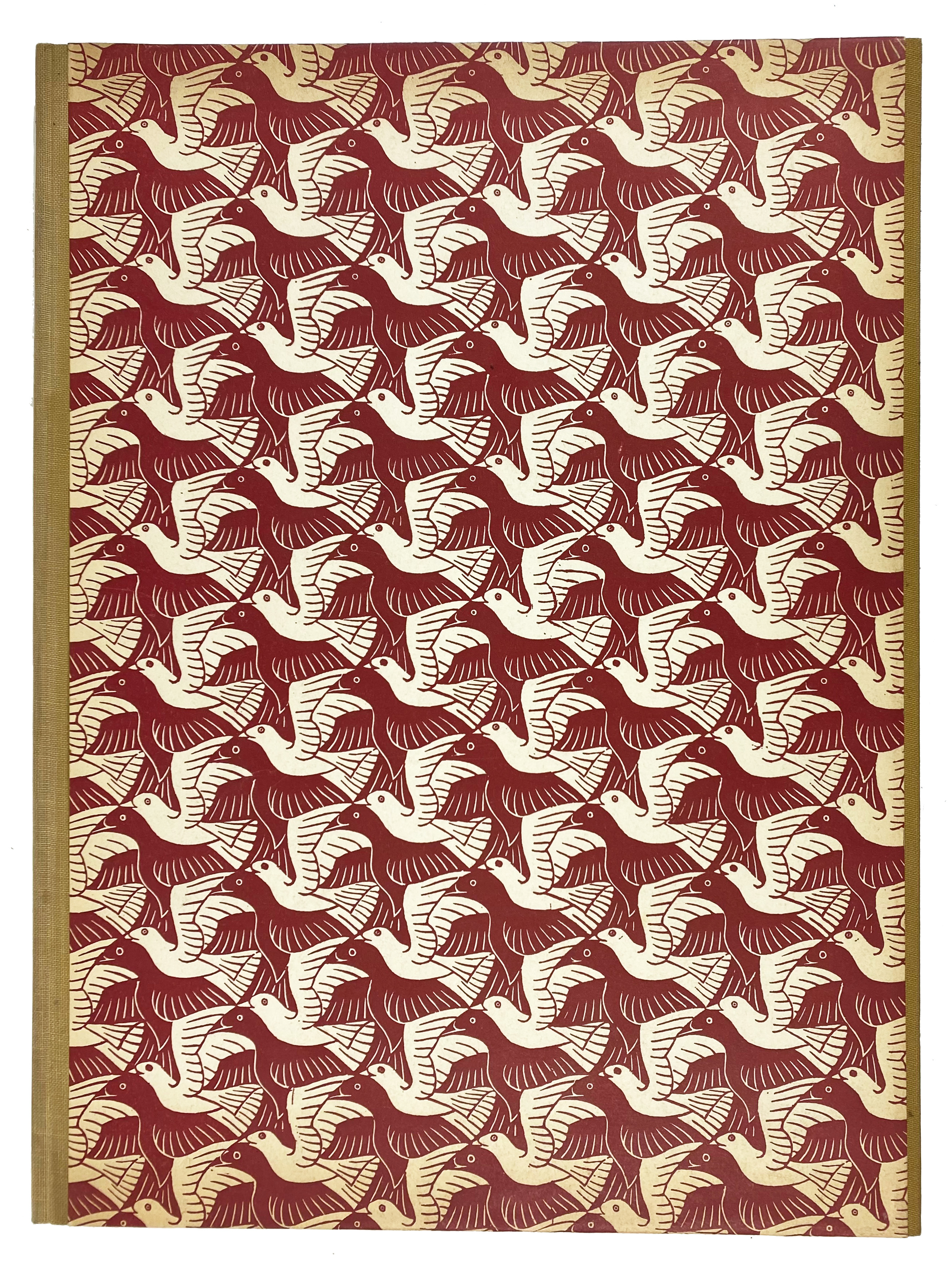 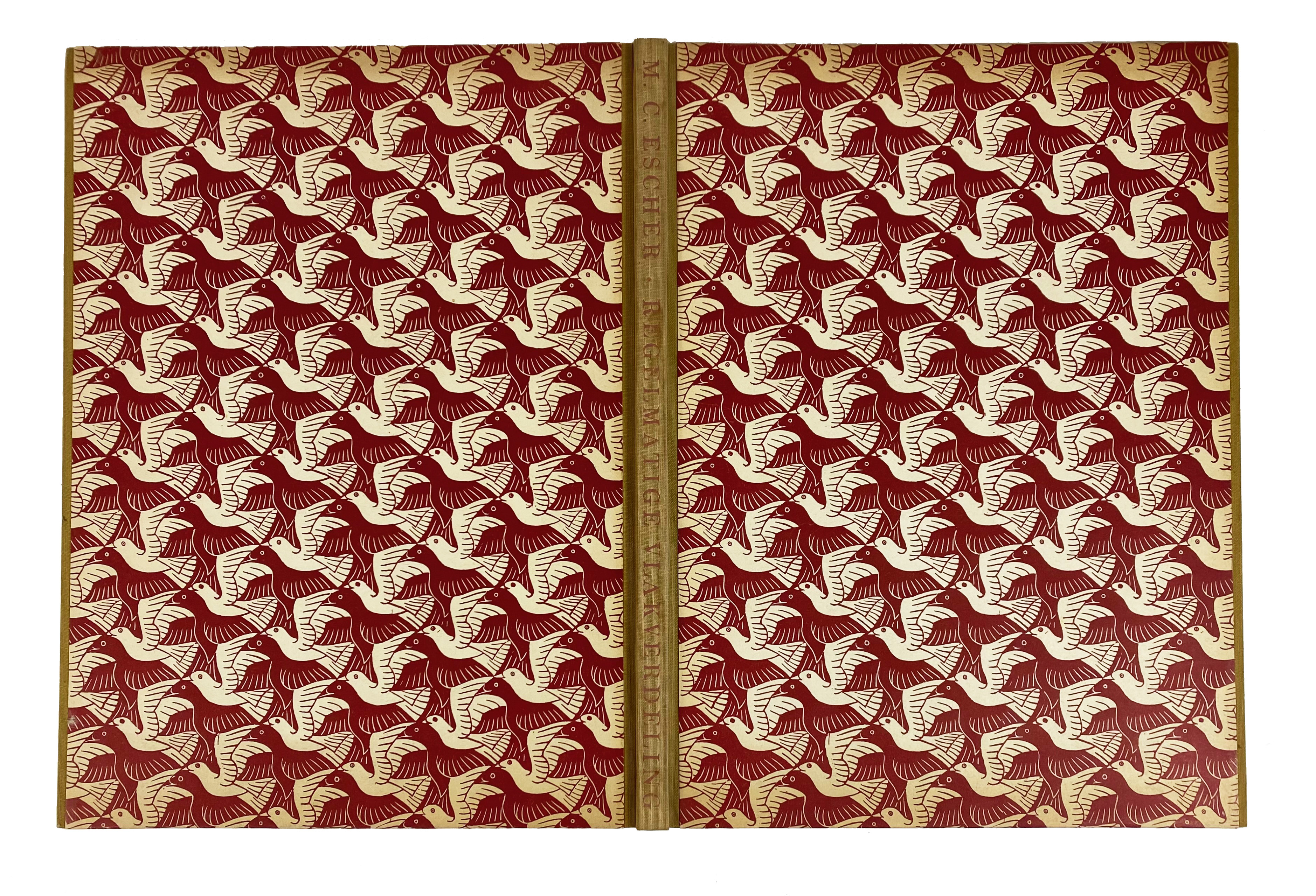 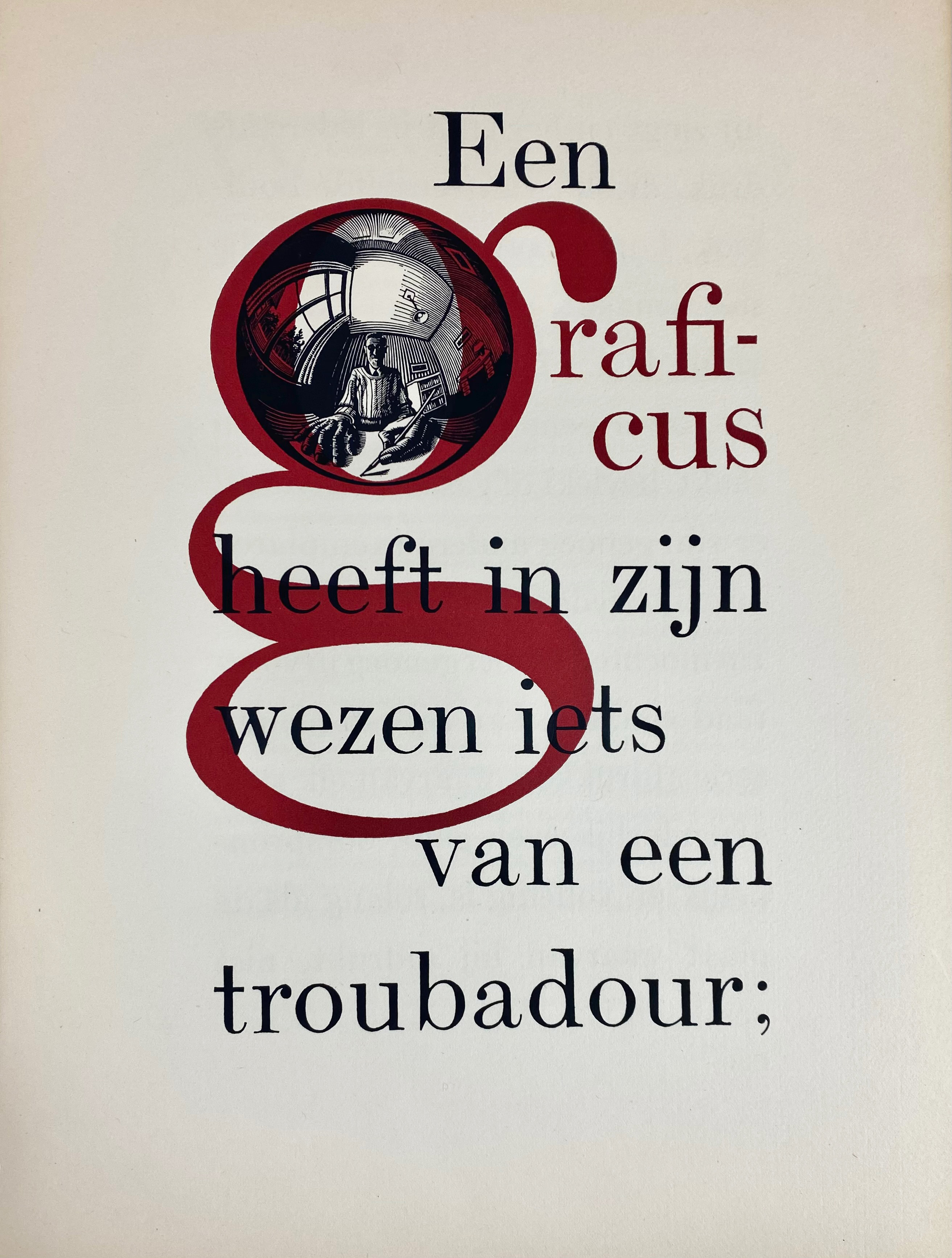 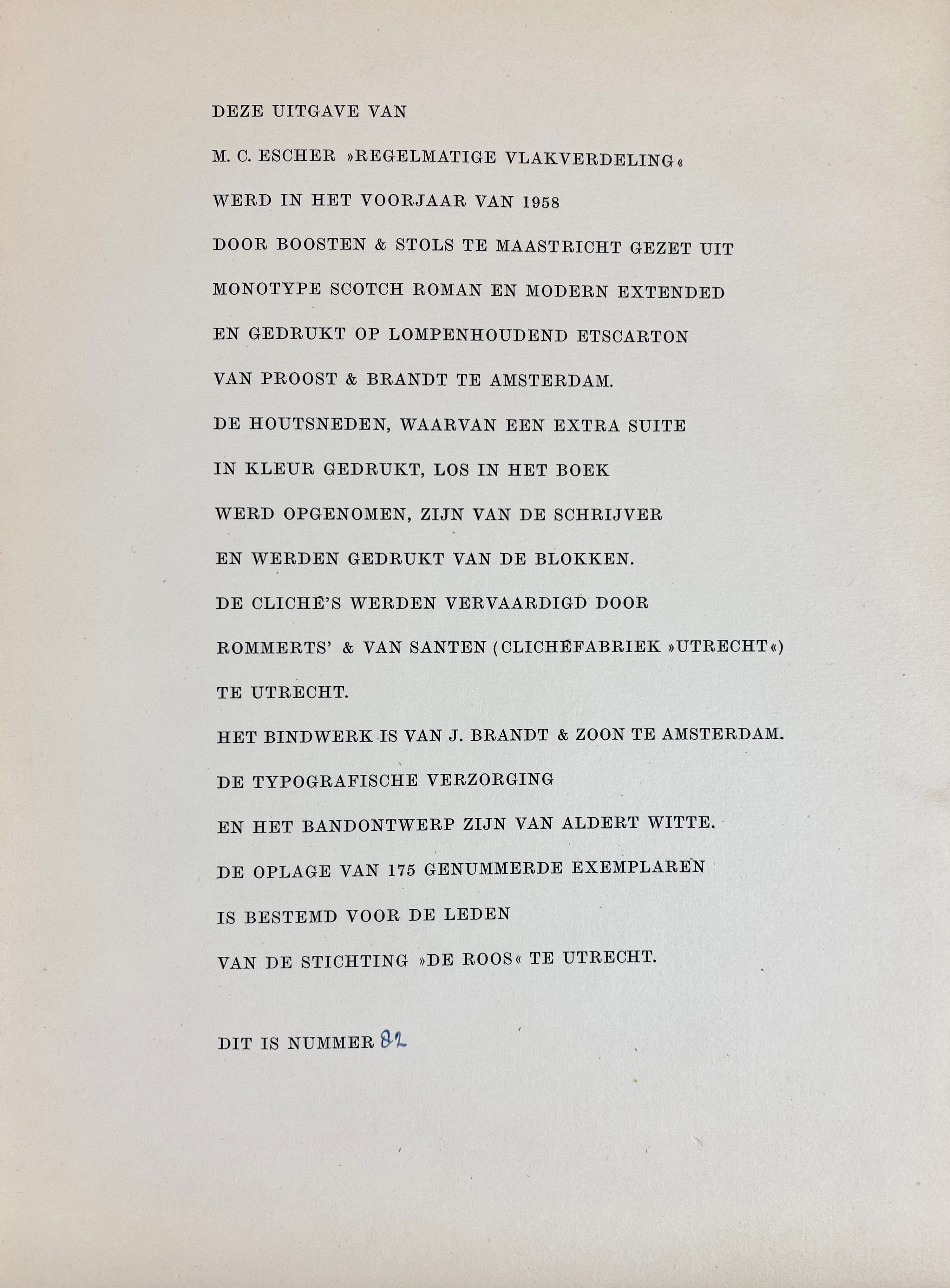 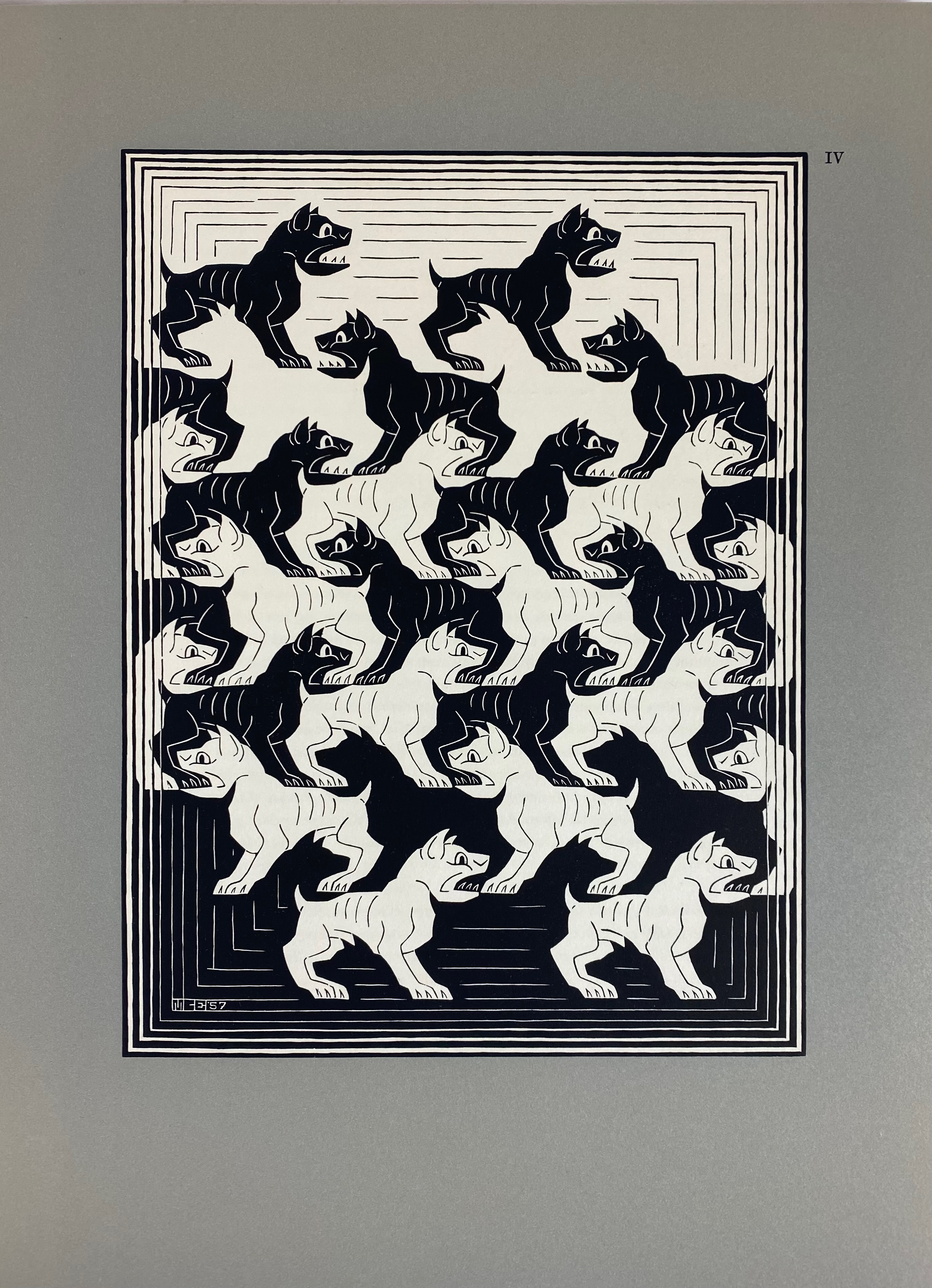 "The regular division drawings of M.C. Escher are considered an important part of his artistic work. He made about 150 basic drawings of regular divisions, some of which were used later in his prints. In almost all of these drawings, it is the tile, the motif, that plays the leading role. However, there are a few exceptions. In his own definition of regular division of the plane, given in Regelmatige vlakverdeling Escher says that the tiles should fit tightly together on all sides, so that there is no space between them. In other words, the joint, the grout, the layer of mortar used by bricklayers to cement each stone to an adjacent stone, separates them in practice, but can theoretically be reduced to nothing. Mathematicians would call these joints “edges” of the tiling; edges are never considered to have any width." (Abstract from R. Roelofs 'Not the Tiles, but the Joints: A little Bridge Between M.C. Escher and Leonardo da Vinci'. In: 'M.C. Escher's legacy', (2003). - Printed in a limited and numbered edition of 175 copies, this copy being nr. 82. - St. De Roos 45; Bool 416-421.