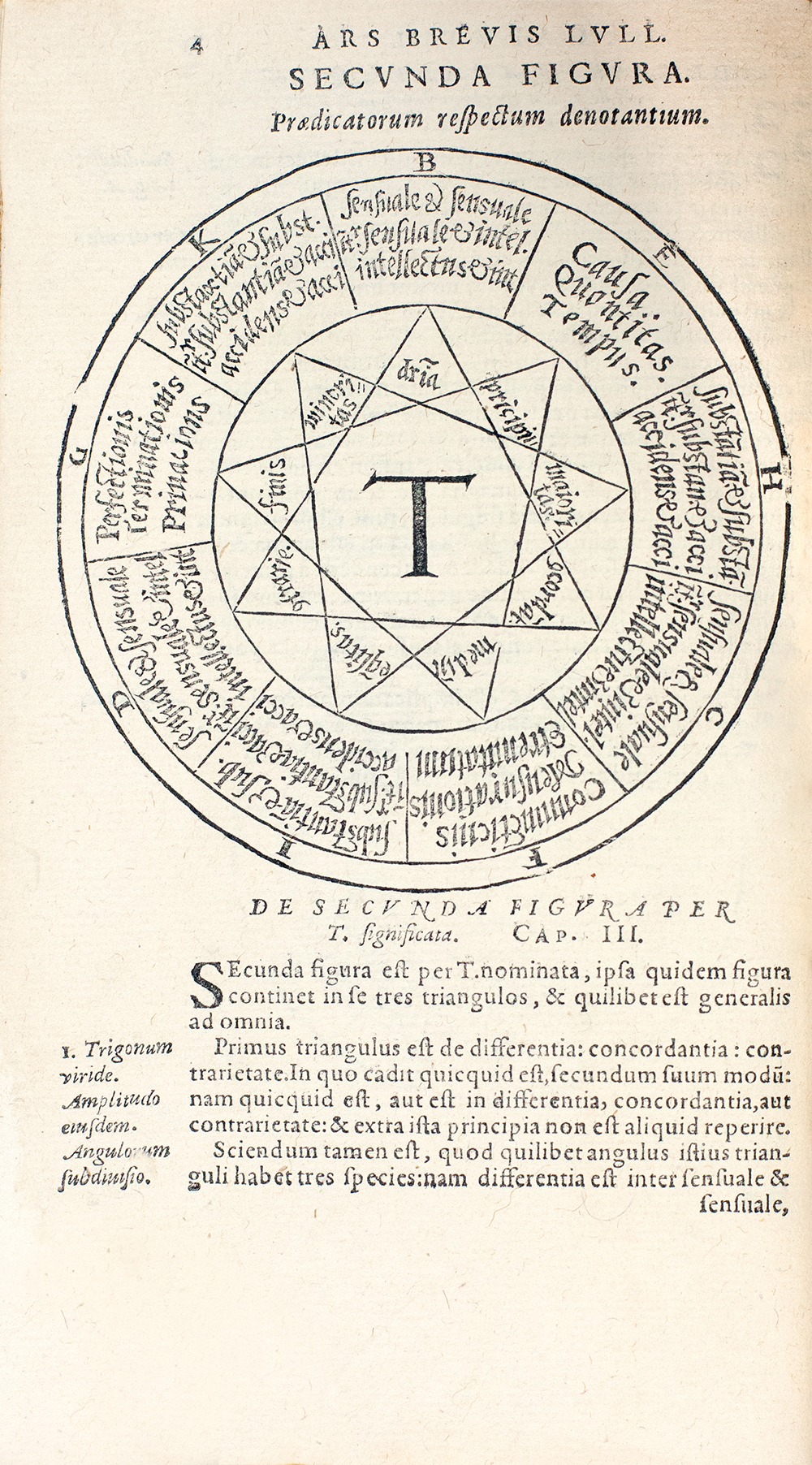 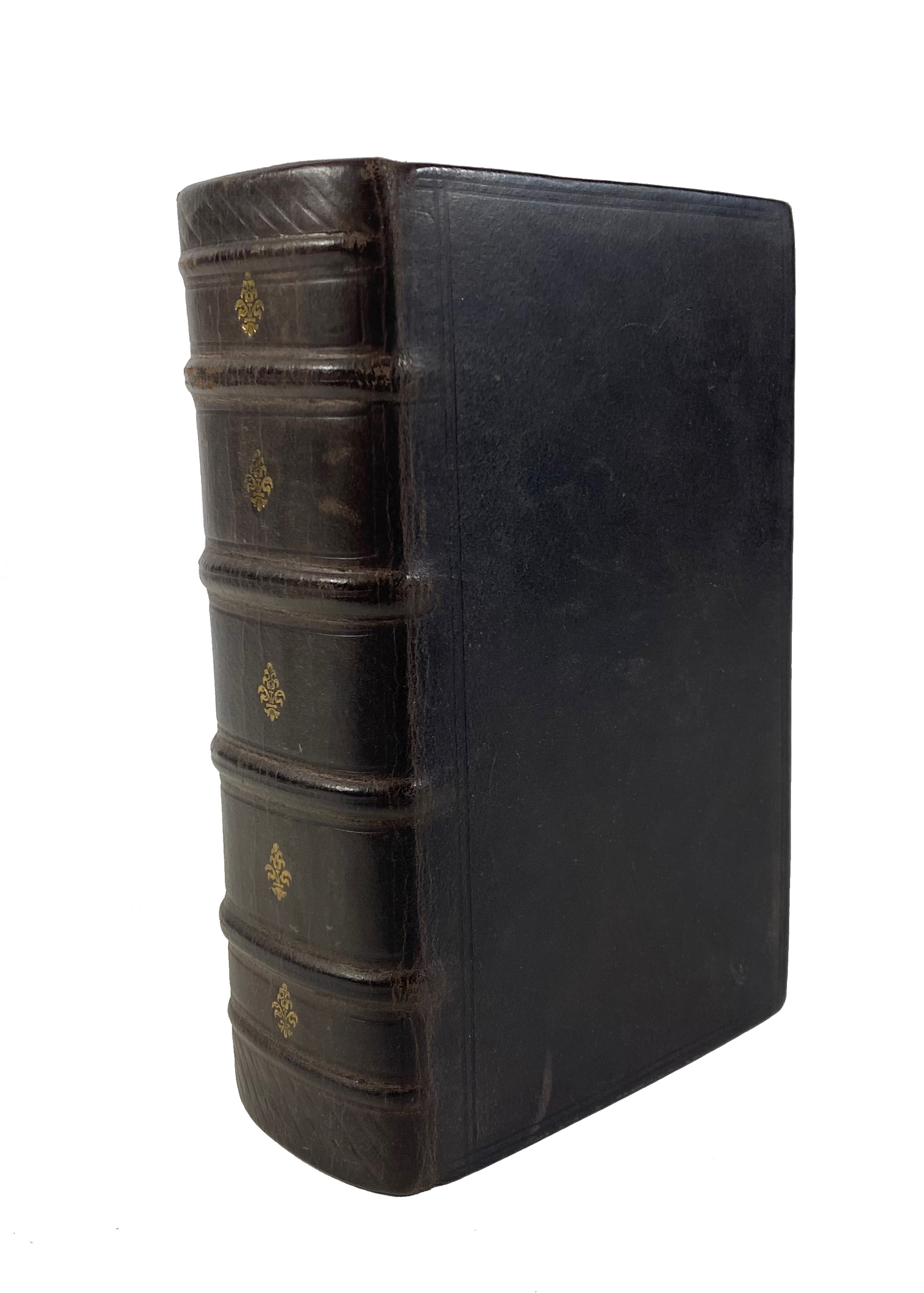 Raymond Lull, famous alchemist and mystic, was born at Palma, on Majorca in Spain, in 1235, and martyred at Bongie in Africa in 1315. On one hand his work influenced Gottfried Leibniz and Giordano Bruno (a.o.), on the other they were a great influence on the debate between Christians and Jews in Spain and on the attempts at conversion of Muslims in Spain. This first collected edition contains a substantial number of treatises in these fields, as well as his more philosophical works, partly bordering on the occult. - Adams L-1694; VD16 R155.